Do you Vape? Three Vaping Facts You Need to Know today

Ever wonder the history and science behind vaping? During this guide, we outlined some vaping facts that you might not know.

Vaping is the inhaling of a vapor created by an electronic cigarette, also known as an e-cigarette, or any other vaping device. And e-cigarettes are battery-powered smoking devices that have cartridges filled with a liquid, usually containing nicotine, flavorings, and other chemicals. This liquid is heated into a vapor, which the smoker then inhales, which is why using these e-cigarettes is often called vaping.

Want to learn more about vaping? Here are a few fun vaping facts, about the history and science behind them that you might not know:

#1 Vaping goes back almost a century

Back in 1927, Joseph Robinson invented the very first electronic vaporizer, a device for medicinal compounds. He filed a United States patent for the device on May 3, 1927, believing that the device would make it more simple and easy to inhale vapors without being burned.

In 1963, Herbert Gilbert created a smokeless non-tobacco cigarette but could not find any manufacturers who were interested in actually making the product. In 2000, a tabletop Volcano vaporizer came onto the market, but the device was designed for marijuana rather than tobacco.

Finally, in 2003, Chinese smokers and pharmacist Hon Lik created the electronic cigarette as we know it today. At the time, Lik was smoking about three packs of cigarettes per day and said that he was attempting to create a new smoking device, after his father, who was also a smoker, passed away from lung cancer. He said that his goal was to use vapor to simulate cigarette smoke as a less deadly alternative to smoking. However, like many other people, Lik has now become a dual user, both smoking cigarettes and vaping.

Some researchers say that e-cigarettes actually perpetuate nicotine addiction because they offer more access to nicotine, but research has also shown that e-cigarettes can help people quit smoking cigarettes if they are part of a larger program with support, counseling, and anti-smoking drugs. In 2006, vaping was introduced in Europe, and shortly after, it entered the United States market as well.

#2 E-cigarette vapor does not linger as cigarette smoke does

E-cigarettes produce vapor rather than smoke, and the e-liquid is heated by an atomizer within the e-cigarette at a high enough temperature to release the vapor. Since the vape juice ingredients are not being burnt like the nicotine in traditional cigarettes, the smell of e-cigarettes quickly fades.

The vapor has similar properties as steam but obviously at a much lower temperature so that it is safe enough for a person to inhale. Many vape users find the taste of e-cigarettes very enjoyable since there are a variety of flavors to choose from.

Also, read: Vape juice basics Explained, from beginners to beyond 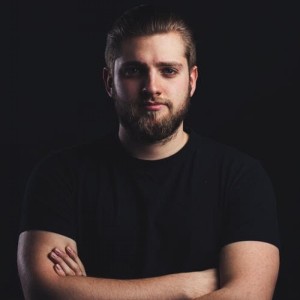 Brayden Ray is a New York Native, speaker & writer that loves writing & sharing his view as a General Blogging Expert. He has contributed over many Platforms such as Medium, Hubpages, a Guest contributor to many readers & many readers have found the ways useful of his style of story-telling. Apart from writing, He likes to stay motivated, read books & pursue other activities.